The OpenLM Server is the core element of the OpenLM system. It integrates the functionality and configuration of all other peripheral system components, such as the OpenLM EasyAdmin web interface, OpenLM Agent, OpenLM Router, OpenLM Proactive Application Manager and the OpenLM Broker.

It is responsible for collecting information (e.g. license usage and denial data) from various system components, and storing it in an embedded relational DB. External databases like Microsoft SQL Server and MySQL are also supported.

The image below presents the OpenLM Server’s position within the constellation of the OpenLM license management, monitoring and reporting solution

The following document demonstrate a basic installation of the OpenLM Server, and the setup required to monitor a FlexLM (Flexnet) license manager: 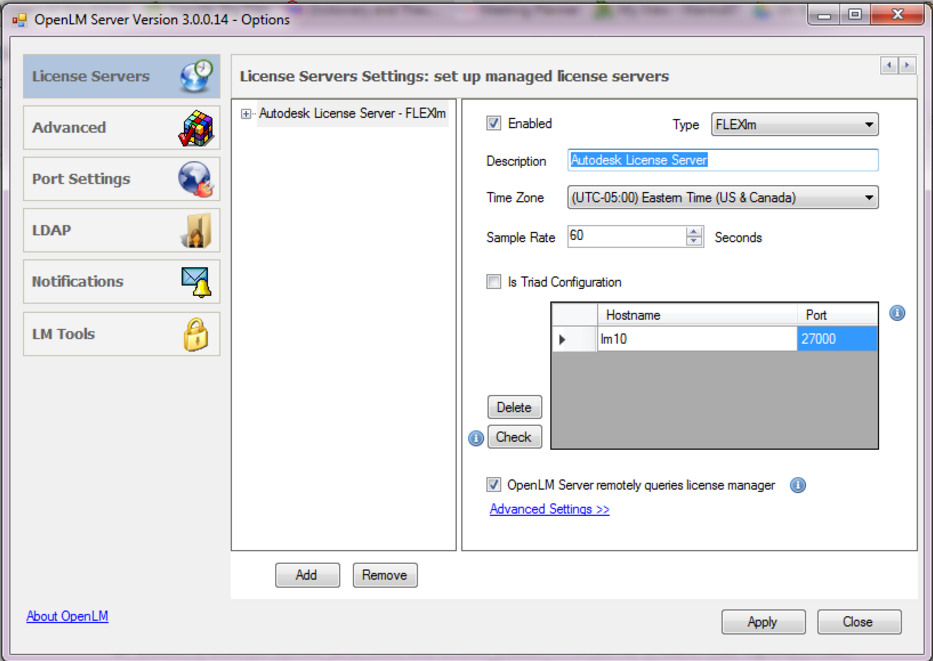 The dialog on this tab realizes the OpenLM server’s list of interfaces to monitored license servers.

Follow these steps to add a new license manager to be monitored by OpenLM:

Unchecked: The OpenLM system relies on the OpenLM Broker to obtain usage information and forward it to the OpenLM Server

For more license-server-specific information, please refer to this link.

This dialog presents the communication ports connecting the OpenLM Server with its peripheral components.

OpenLM can synchronize users’ and groups’ information with an organization’s Active Directory database. This presents benefits for all stakeholders in the organization:

OpenLM can send administrative messages (e.g. available new OpenLM Server versions) to a predefined email account. Use the textboxes in this tab in order to utilize this capability.

OpenLM can query license managers for usage information either locally by the OpenLM Broker, or remotely – by the OpenLM Server. The LM Tools tab lists the required executable files for each type of monitored license servers, e.g.: lmutil for FlexLM

OpenLM installs and employs the embedded Firebird database by default, as part of the OpenLM Server installation. The Database configuration form is OpenLM’s interface for selecting the active database. The available options are:

The OpenLM Database is continuously being accessed by the OpenLM Server. It is constantly being updated by new data, and occasionally read to produce license usage reports. As with any active electronic document, the database is susceptible to data loss or file corruption. It is up to the system administrator to periodically backup the database. This will ensure the existence of a viable fallback position, and will minimize data loss in case of file corruption.

The OpenLM database continuously increases in size as it accumulates license usage information. This information may become irrelevant as priorities change and emphases shift. OpenLM accommodates the need to discard irrelevant data through the ‘Cleanup’ tool. This is accessible through the EasyAdmin start → Administration → Cleanup manager icon. The administrator can choose to discard

Usage of the Cleanup tool is irreversible; it will permanently wipe the selected data from the OpenLM database. We therefore stress the need to BACK UP THE DATABASE prior to employing the Cleanup tool.

Migrating OpenLM to a new Server

OpenLM administrators need to migrate OpenLM to a new computer, and maintain the license usage information that has been accumulated during a long period of time. The database migration is quite straightforward:

For more detailed information please consult these documents for the embedded Firebird database and for External database types. 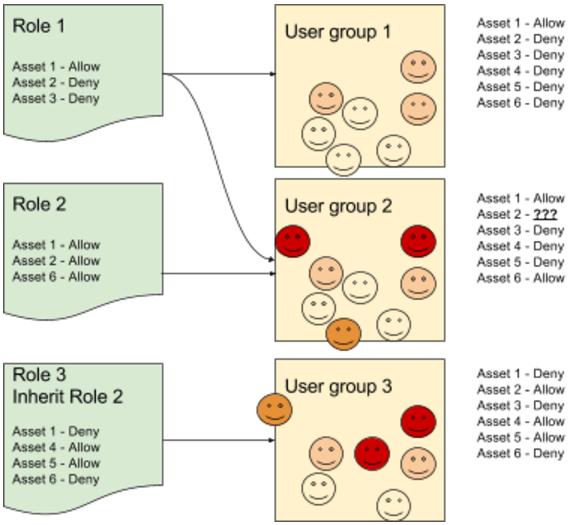