Some floating license management systems do not report the IP addresses of workstations that had checked out licenses.

The OpenLM Agent module may provide this information, however agents are not always deployed on all end users workstations. The OpenLM Server is able to resolve the IP address of workstations using network services, thus providing the IP.

DNS configuration is executed as a background process on the OpenLM Server. In order to configure OpenLM to resolve workstation IPs please: 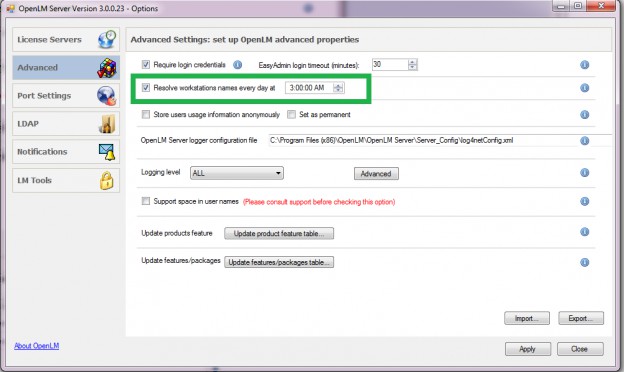 Before the first occurrence of the process, no IP addresses will be shown. Between occurrences of the resolving process some workstation may be shown without IP address.

The IP information will later be presented in OpenLM report windows such as the Start → Reports → “License Activity” window (see example below).