Make sure to install the OpenLM Agent before proceeding with the configurations required.

OpenLM was originally written by ESRI ArcGIS veterans, and as such it contains various benefits for ESRI users. Such are the capabilities to:

ArcGIS end users can set the licensing level before activating the software. If such a license is available, the software will start. OpenLM also enables users to: 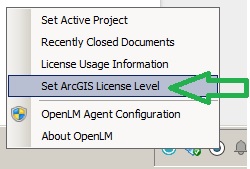 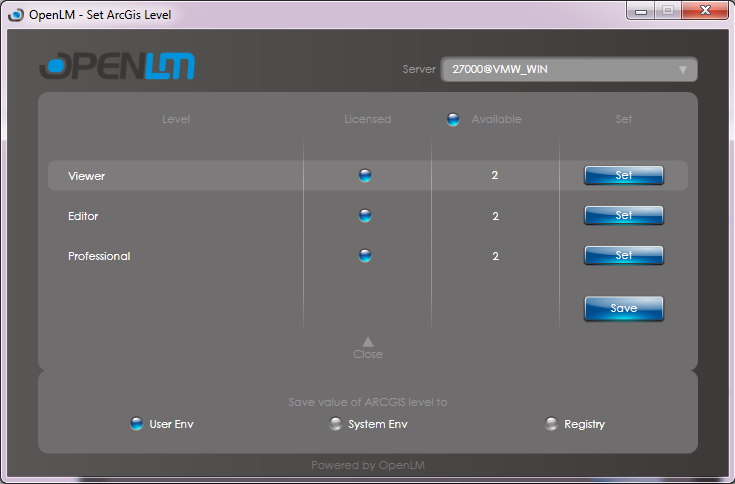 The three levels of licenses appear on screen; each with its availability indication.

Also, the mechanism for saving the licensing level is also provided:

The three usage license levels may be presented or hidden from the user according to the system administration policy. In order to prevent end users from changing the license level:

1. Open the OpenLM Easyadmin tool and press the Easyadmin start button (On the bottom left corner of the Easyadmin window). A selection menu pops up. 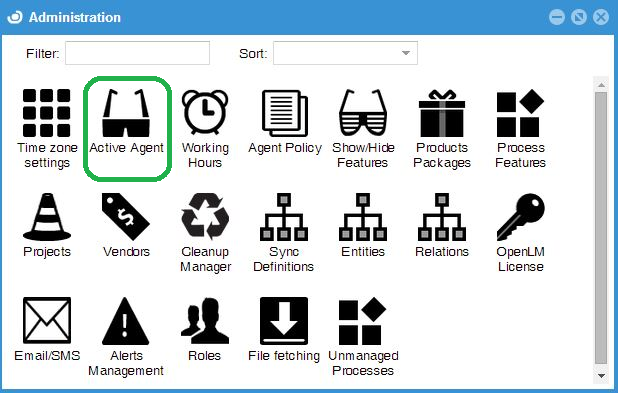 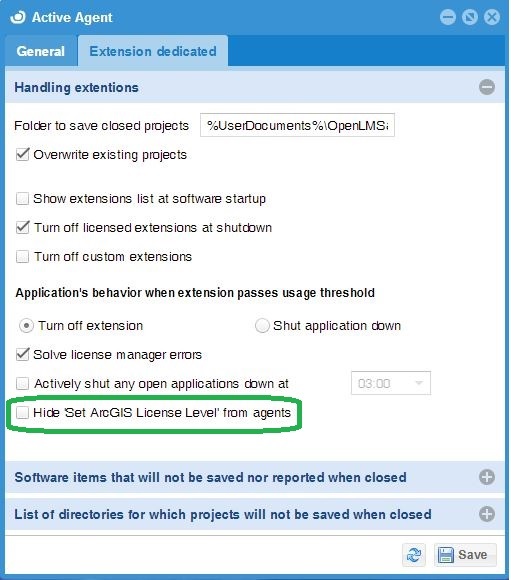 Apply your decision to the Hide Set ArcGIS License Level from agents box;

The subject of idle license retrieval through the “Save and Close” method is covered in this document, and is not in the scope of this Application Note. However, the special treatment given to idle ESRI extensions is worth mentioning here. Please observe the “Active Agent – Extension dedicated” image above:

The two radio buttons under “Application behavior when extension passes usage” read: “Turn off extension” and “Shut application down”.

Another issue reported by many ESRI users and license administrators is the fact that extension licenses are kept in a check-out state even after ESRI sessions have ended.

The “Turn off custom extensions”  option ensures that custom – made extensions that may rely on ESRI licensed extensions will not be checked out upon the launching of the ESRI application, and will not automatically consume extension licenses.