OpenLM software supports the use of leading database systems as its storage base. OpenLM Server is configured by default to use the FireBird embedded DB. It could also be configured to use MS SQL Server, MySQL database versions starting with 2012 which are very popular in organizations.

In this guide we will explain different options available in the OpenLM Database Configuration form.

This is the default option. OpenLM is using an embedded FireBird database.

The DB file is stored under the server installation folder. 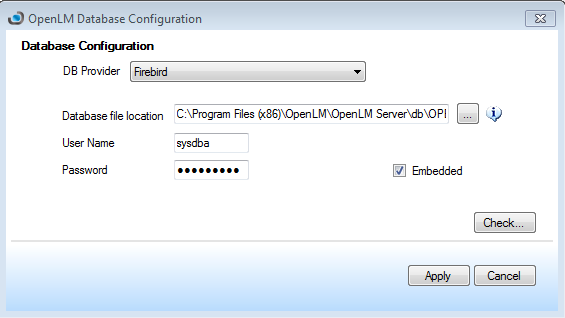 Using the form, the user can set the location of the database by moving the DB file and changing the defined path. The form also enables the user to change the “user/password” according to what is defined in the database itself.

OpenLM can be configured to use the non-embedded Firebird Server database. The type of database is features improved performance, and enables database administrators full access to the data, in conjunction with the OpenLM Server. The use of a Firebird Server database requires the installation and configuration of a Firebird server. On the OpenLM DB configuration form, the ‘Embedded’ checkbox needs to be cleared (see image below). 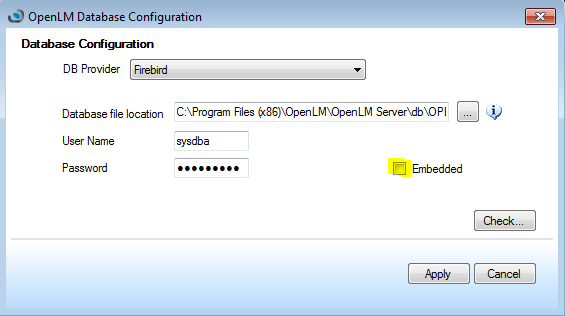 The use of the Oracle database usually requires the services of an Oracle DBA to create a dedicated OpenLM schema in Oracle. The Oracle DBA uses the DDL (Database Definition Language) scripts provided by OpenLM.

After generating the schema and the creation of the dedicated user for OpenLM with access to this schema, the following information needs to be filled into OpenLM Database Configuration form. 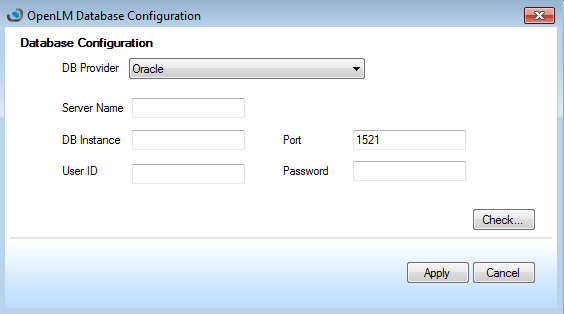 1. The OpenLM Server version uses MS-ADO drivers to connect to Oracle. This requires the installation of the Oracle Client version 8.1.7 or above on the OpenLM server machine.

3. Only in version 11g,  the statement : set define off must be added at the top of the oracle DDL script provided by OpenLM.

The Microsoft SQL Server database is very popular in organizations and can be easily configured to work with OpenLM.

The SQL Server DBA needs to use OpenLM DDL (Database Definition Language) scripts in order to create a dedicated OpenLM DB in SQL.

Using the MS SQL Server, OpenLM supports two authentication methods, that could be set according to the requirement of the organization: 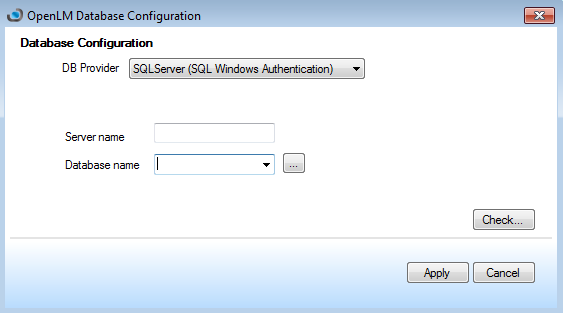 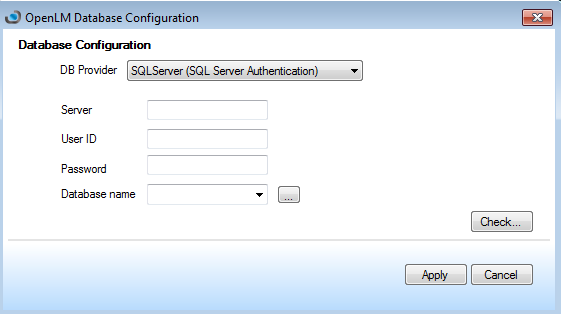 Similar to the above, OpenLM supports the usage of MySQL databases.

Select ‘MySql’ in the drop-down menu, type in the required credentials and employ the MySQL database on your system. 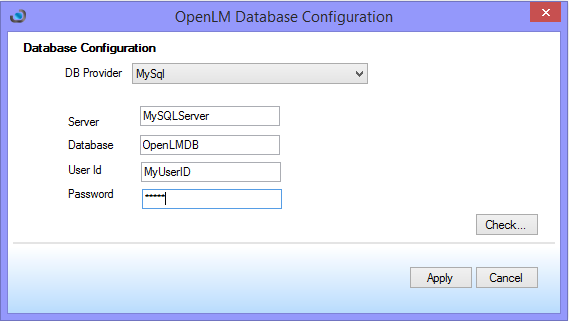