The OpenLM EasyAdmin web application incorporates a variety of ready-made, license-usage  related reports.  Easyadmin facilitates sharing these reports by either

How is it done (short version) ?

In order to produce a scheduled report, The OpenLM administrator should:

And that’s it. The OpenLM EasyAdmin scheduled reports will be sent to the designated recipients in the predefined timing, and will take the same form as the original report, executed on the administrator’s EasyAdmin web application.

The OpenLM EasyAdmin report scheduling capability is not part of the basic OpenLM suite, and needs to be separately licensed. Please contact the OpenLM sales team in order to obtain such a license.

After obtaining a license, copy the OpenLM Reports Scheduler installation file (openlm-report-scheduler-XXXX-setup.exe) to the same machine as the OpenLM Server, and install it there.

During the installation process, you will be prompted to input your OpenLM Server administrative credentials: 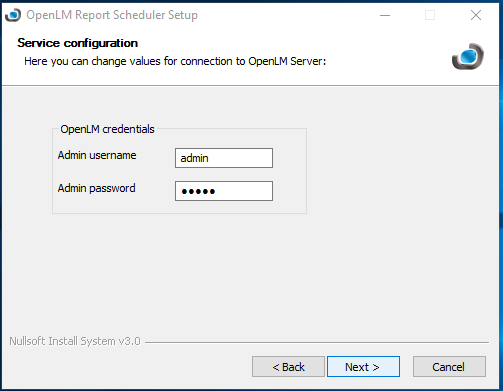 The OpenLM reports’ scheduler requires the installation of several components, including the Java JRE 8 or higher. It is recommended to leave the default settings as they are 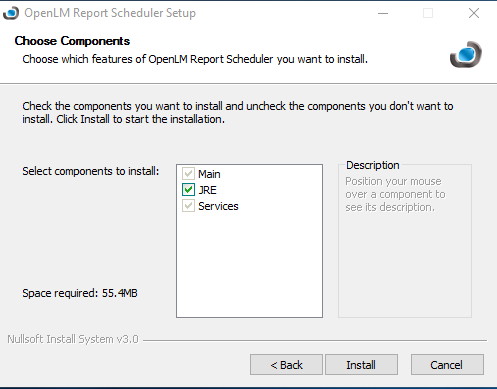 After installation is concluded, open the Services window, and verify that the “OpenLM Report Scheduler” service is up and running. 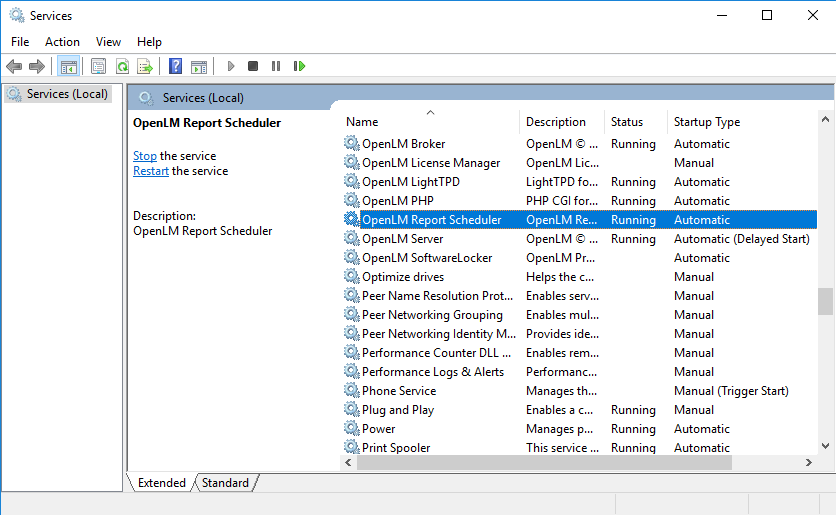 The various emailing configuration details should be set on the EasyAdmin Start → Administration → Email/SMS window → ‘Email’ tab. Please observe the image below for clarification 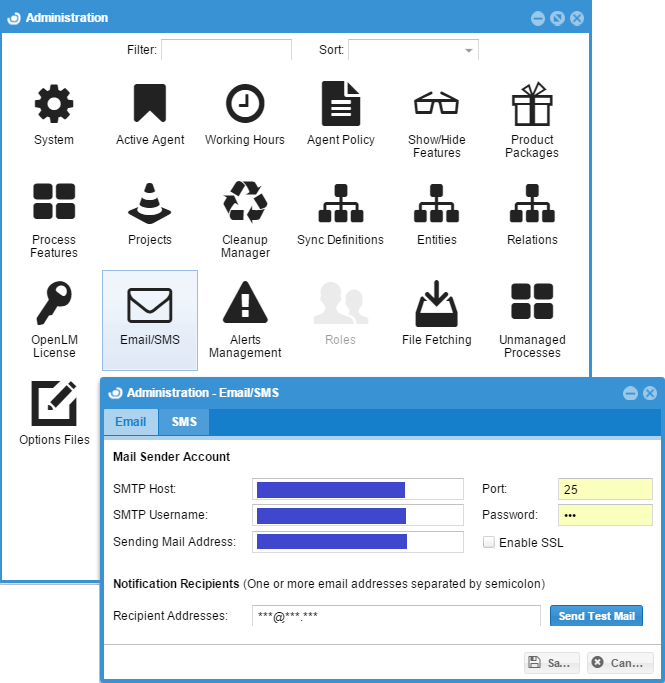 By default, scheduled reports are attributed to a specific user. That user would normally be the same as the administrator who had set up the scheduled reports. This designated user should reside within the OpenLM database, and should exhibit a valid email account.

In order to attach an email account to a user, open the EasyAdmin ‘Start’ → “Users & Groups” → Users window, and edit the said user’s preferences as depicted in the image below: 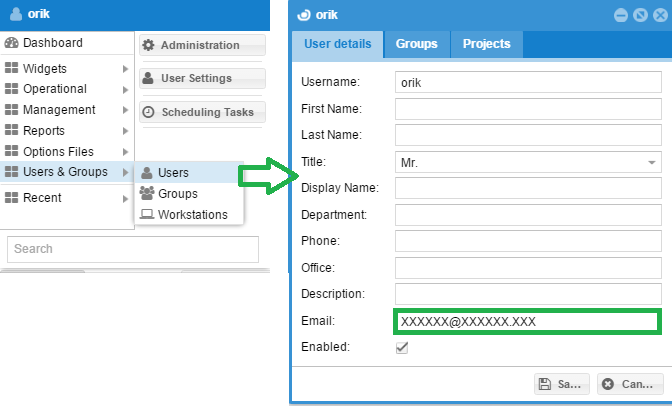 For more on how to introduce users (and other entities) to the OpenLM database, please refer to this application note: Introducing Entities in OpenLM – Users, Groups, IP and Hosts

3. Setting up a specific report

Set up a report on one of the EasyAdmin windows, e.g. the EasyAdmin Start → Reports → License Usage window. Click the ‘Share’ button, and select the ensuing ‘Schedule’ option. 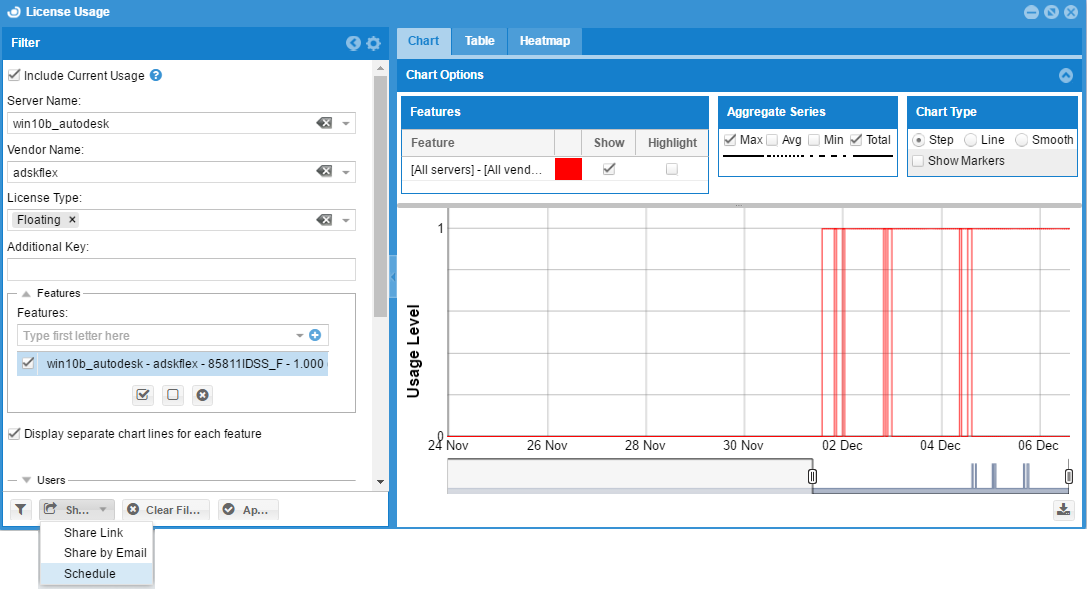 The ‘Schedule’ selection will open the “Schedule report” window: 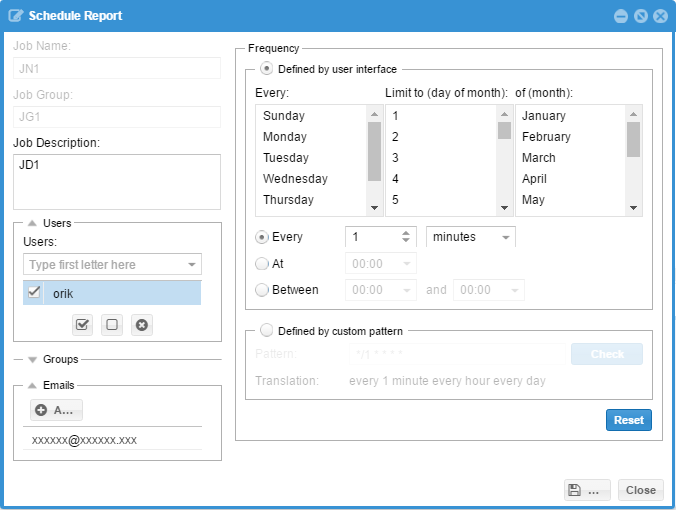 Set up the timing of the required report (e.g. Every Sunday at 01:00 AM), its destination (e.g. my_email@openlm.com) and some additional descriptive text, as depicted above.

And that’s it ! your scheduled report is on its way.