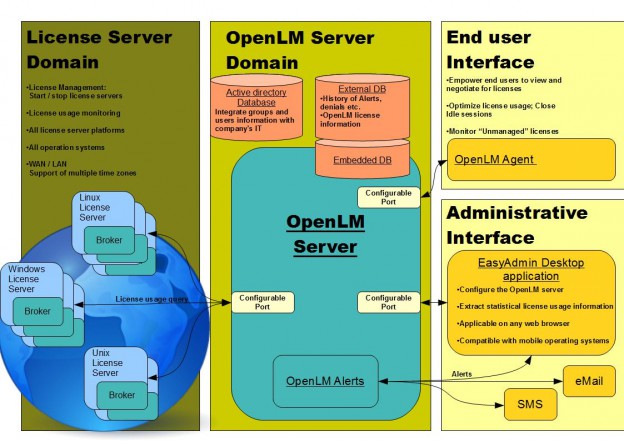 These extensions facilitate saving of license usage information on an external Database such as an Oracle, MySQL or MS_SQL Server. By default, OpenLM uses an embedded DB. External DB support is recommended for management of large licensing systems.

The OpenLM EasyAdmin interface will open. First time viewers are encouraged to go through the tutorial.