Installation of two OpenLM systems “side by side” – AN4012

OpenLm occasionally releases new versions of OpenLM system components, to provide new features, enhanced capabilities and fixes to bugs that have been detected in prior versions. Upgrading the system components is usually a straight-forward process, which would require downloading the newer version and installing it over the older one.

However, it has been requested by customers to be able to evaluate the newer version’s performance prior to replacing the older one altogether. This is the capability demonstrated in this application note.

The process of installing two versions of OpenLM side by side consists of setting up the OpenLM Server, and OpenLM Brokers. A new OpenLM Agent instance cannot be installed side by side with an older one

The OpenLM Server of the newer version will be installed on a separate machine than that of the older, production OpenLM Server. The configuration and usage data may be imported from the old database, to be used on the newer OpenLM server. This process is essentially identical as

Described in the Migrating OpenLM to a new Server – AN4034  application note, under the “Migrate from older OpenLM versions to a new Server” section.

The OpenLM Broker of the newer version will need to be installed on the same license server machine, side by side with the older, production OpenLM Broker.

The example below depicts an installation of the OpenLM Broker of version 3.2.0.9 on the same license server machine as a 3.1.x.x Broker:

1. Obtain the required OpenLM Broker version. The latest version may be downloaded from the OpenLM website’s ‘Downloads’ section.

2. Open a cmd line prompt as an administrator, and run the installation executable file with the ‘appname’ parameter and an arbitrary string value, e.g.: 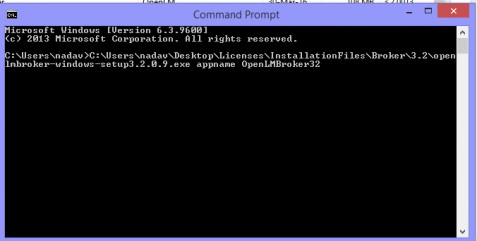 3. The setup wizard will be launched. Note the value given to the new appname (‘OpenLMBroker32’) persists throughout this process. 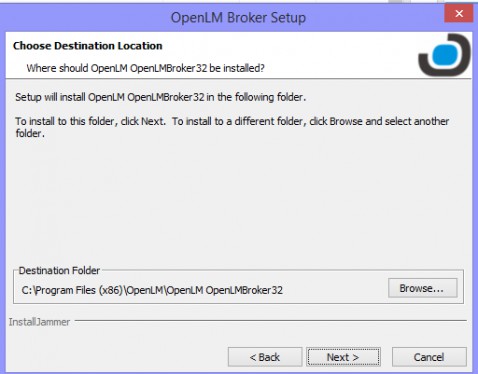 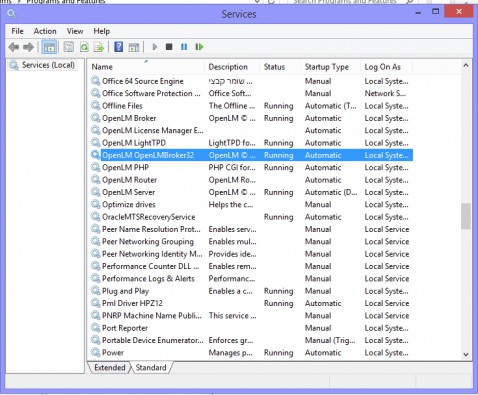