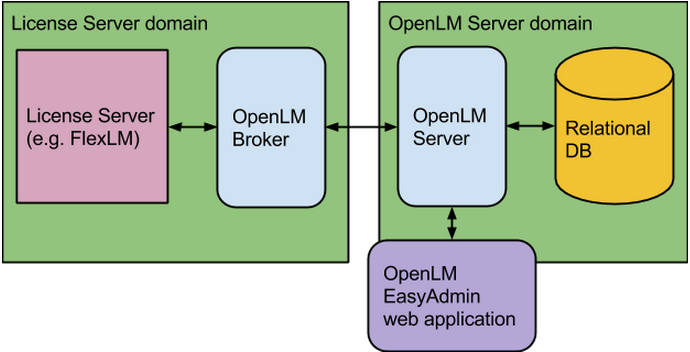 SaaS: OpenLM as an online Service

Software as a Service (abbreviated  SaaS) is a software licensing and delivery model in which the software is remotely hosted and licensed upon subscription. Organizations turn to SaaS in order to outsource hardware and software maintenance and reduce IT costs. OpenLM has implemented OpenLM SaaS  following this trend, enabling organizations to implement their systems with minimal installation and maintenance efforts.

The OpenLM SaaS architecture is based on the following components: 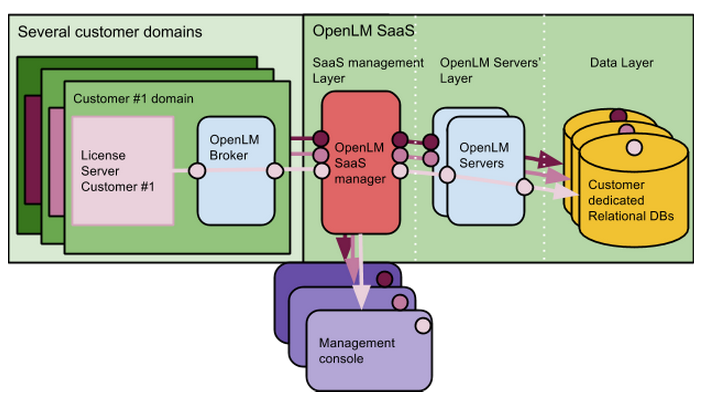 This layer implements the SaaS management functionality and the customer management interface. It accommodates the multi tenant database architecture, and manages the OpenLM Servers’ layer load balancing. The main functionality of this layer is:

The multitude of OpenLM Servers in this layer serves to accommodate simultaneous data flow to and from multiple customers.

The database layer consists of a database server that serves multiple customer – dedicated databases. Each customer’s database is private and does not contain any public information. The advantages of this method are:

When implementing a SaaS configuration, the OpenLM Servers’ do not directly query the customers’ License Servers for data usage information. Instead – it is the OpenLM Broker that does so. This is the only required installation on the customers’ network. Also access to the communication port used by the OpenLM Broker (default 7016) needs to be enabled by network security (firewall access).

At the time of wiring this document (Dec 2014), the current SaaS version does not provide the functionality of the OpenLM Agent.

Rather than installing OpenLM on the organization’s network and dealing with Database backup and integrity, OpenLM now offers a light-weight installation procedure for monitoring your valuable floating licenses. Please contact the OpenLM support team in order to register to the SaaS Service.