OpenLM is a licensing management software company with an international install base.

OpenLM’s focus is on adaptable Software Asset Management (SAM) solutions, for a variety of license servers, and company sizes.

Companies that use OpenLM’s software range from global corporations and nation-wide companies to small offices. Our company’s commitment to innovation guarantees that our clients constantly receive updates with the most advanced technology.

Please review a partial list of OpenLM’s satisfied customers, and their testimonials:

OpenLM’s Software provides a comprehensive management solution for license management software such as FlexLM and DSLS. The complete list of supported license servers is found here.

OpenLM is a business partner of ESRI.

OpenLM’s solution can be tailored to the customer’s needs, optimizing the licensing system and increasing software productivity.

Components of the OpenLM System

In addition to these core components, the OpenLM Broker and the OpenLM Agent modules are incorporated in the basic software package, but their installation is not mandatory; The Open LM system can function without the use of these two components.

The OpenLM software package also includes several optional modules / capabilities, which are commonly referred to as “OpenLM extensions”. These extensions provide additional functions such as:

The image below is a generalized block diagram of OpenLM’s license management solution: 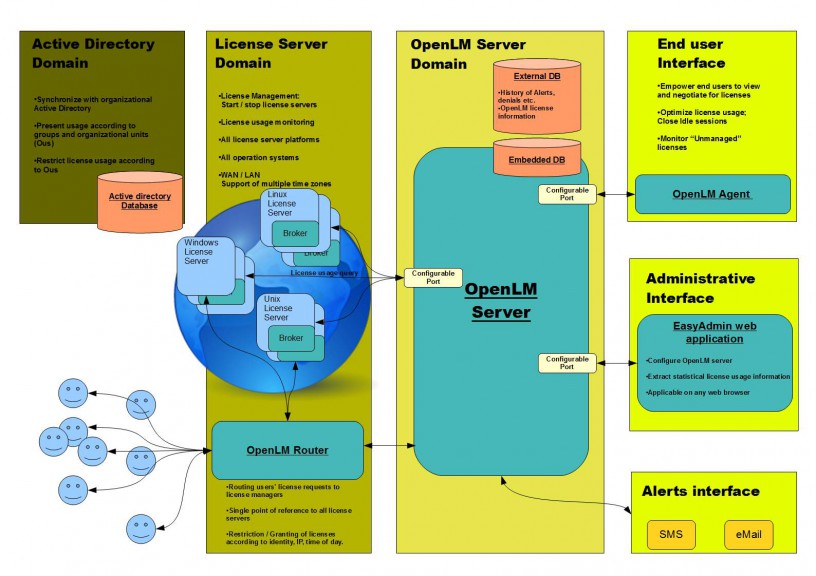 The OpenLM Server is the core element of the OpenLM system. It integrates the functionality of all other peripheral system components, such as OpenLM EasyAdmin, OpenLM Agent, OpenLM Alerts, and OpenLM Broker. It is responsible for collecting information from various system components and storing it in an embedded relational DB. External databases like Microsoft SQL Server and MySQL starting with 2012 are also supported.

The OpenLM Broker is an optional component that runs on the license server machine. The Broker performs tasks as dictated by OpenLM Server, and is required in order to provide advanced licensing information and sophisticated abilities. The Broker’s tasks include: 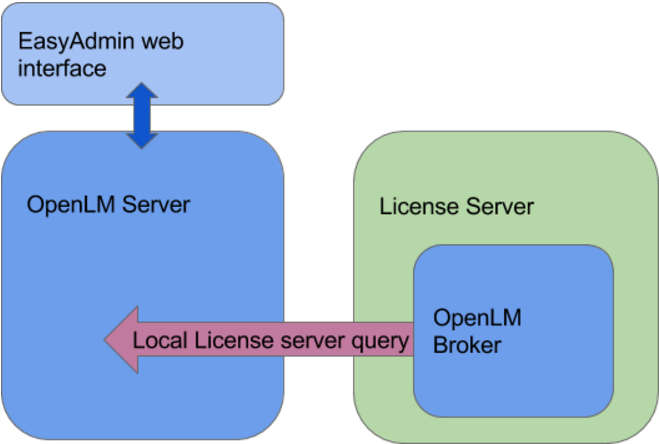 For more information please refer to this article.

The OpenLM Alert is a dedicated alerting service for the OpenLM system. This module alerts system administrators when predefined conditions are met. Alert service users can set complex alert conditions on multiple license servers. For example, if the combined usage of a certain feature on servers A and B is above a certain threshold, an email message will be sent, alerting those concerned to the situation. The Alert service also supports adjustable timing for alert checking and message sending. Alert destinations are also configurable; Alerts could be sent to the EasyAdmin interface, over emails, as SMS text messages, or directed to a system event log. 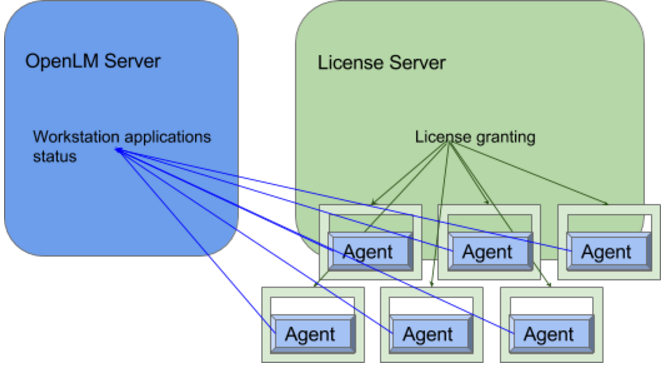 The OpenLM Router redirects license requests made by application users to their respective license servers. It facilitates a new set of capabilities for license managers such as: 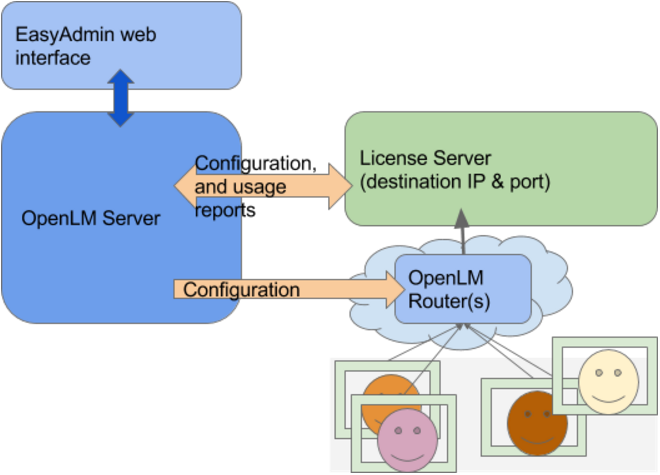 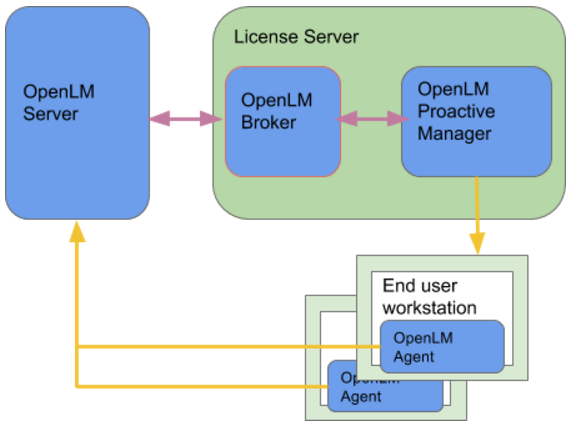 This extension facilitates saving license usage information on an external Database such as MySQL or MS SQL Server starting with 2012. By default, OpenLM uses an embedded Firebird DB. External DB support is recommended for management of large licensing systems.

The OpenLM Server supports a role-based security feature that enables the implementation of customized access to OpenLM tools by setting access roles. This feature facilitates the implementation of OpenLM tools for diverse groups; e.g.: help desk, system administrators, managers and developers. The role based security system secures nearly all parts of the system entities, such as listed servers, fields and action buttons.