Get Started with OpenLM

OpenLM is a licensing management software company with an international install base and a focus on Software Asset Management (SAM) solutions for engineering applications. Companies that use OpenLM’s software range from global corporations to small offices, as OpenLM is fully modular and allows for selecting components according to the client’s requirements.
OpenLM’s commitment to innovation guarantees that our clients constantly receive updates with the most advanced technology and get assisted by our highly dedicated support team.

Please review study cases and full testimonials made by customers of OpenLM.

OpenLM’s basic software package includes the OpenLM Server module and its user interface; the OpenLM EasyAdmin module.
In addition to these core components, the OpenLM Broker and the OpenLM  Workstation Agent and Personal Dashboard modules are incorporated into the basic software package, but their installation is not mandatory; The OpenLM system can function without the use of these two components and can even be directly connected to the license manager without any other special extension or configuration.
The OpenLM software package also includes several optional modules and capabilities, which are commonly referred to as OpenLM features:

The image below represents a generalized block diagram of OpenLM’s license management solution: 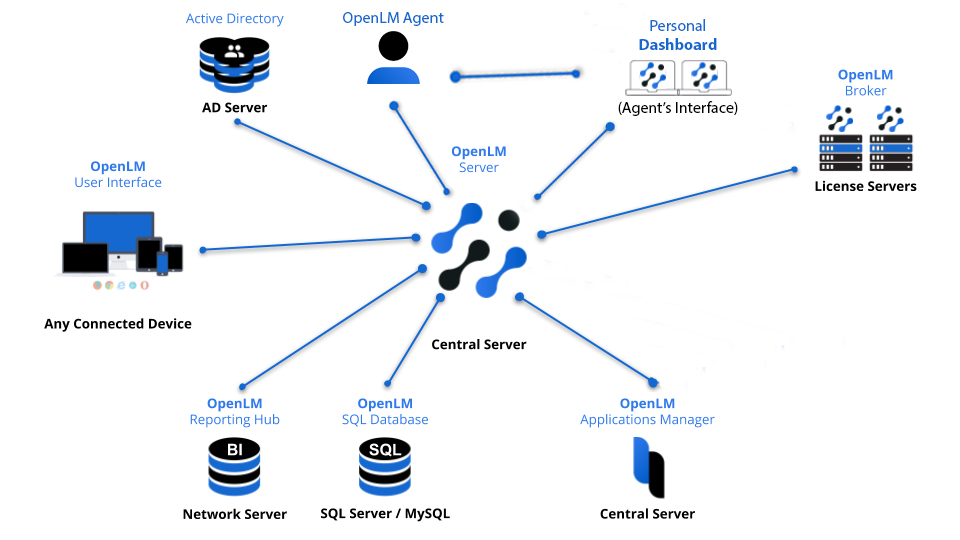 OpenLM Server is the core element of the OpenLM system. It integrates the functionality of all other peripheral system components, such as OpenLM EasyAdmin, OpenLM Agent, OpenLM Alerts, and OpenLM Broker. It is responsible for collecting information from various system components and storing it in an embedded relational DB. 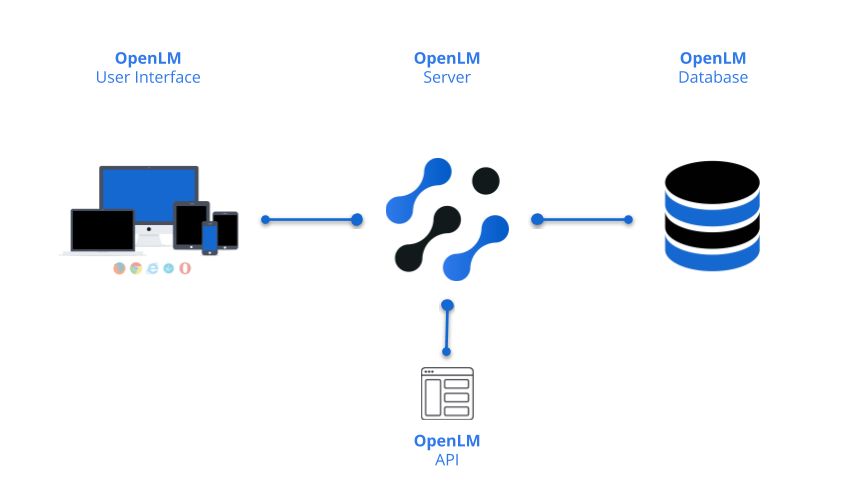 OpenLM Broker is an optional component that runs on the license server machine. The Broker performs tasks as dictated by OpenLM Server, and is required in order to provide advanced licensing information and sophisticated abilities. The Broker’s tasks include:

OpenLM  Workstation Agent and Personal Dashboard are the end-user tools of the OpenLM system, which is deployed on the workstations and provides both admins and end-users with the following capabilities: