OpenLM deals with pieces of license usage information that originate from multiple sources, and may prove contradictory to each other. We apply our hard-earned experience to reconcile such contradictions, and to present valid license usage reports.

In the event that such a contradiction is encountered, a usability report file will be created, and the EasyAdmin User Interface web application will present it as a system message (envelope icon), as shown below. 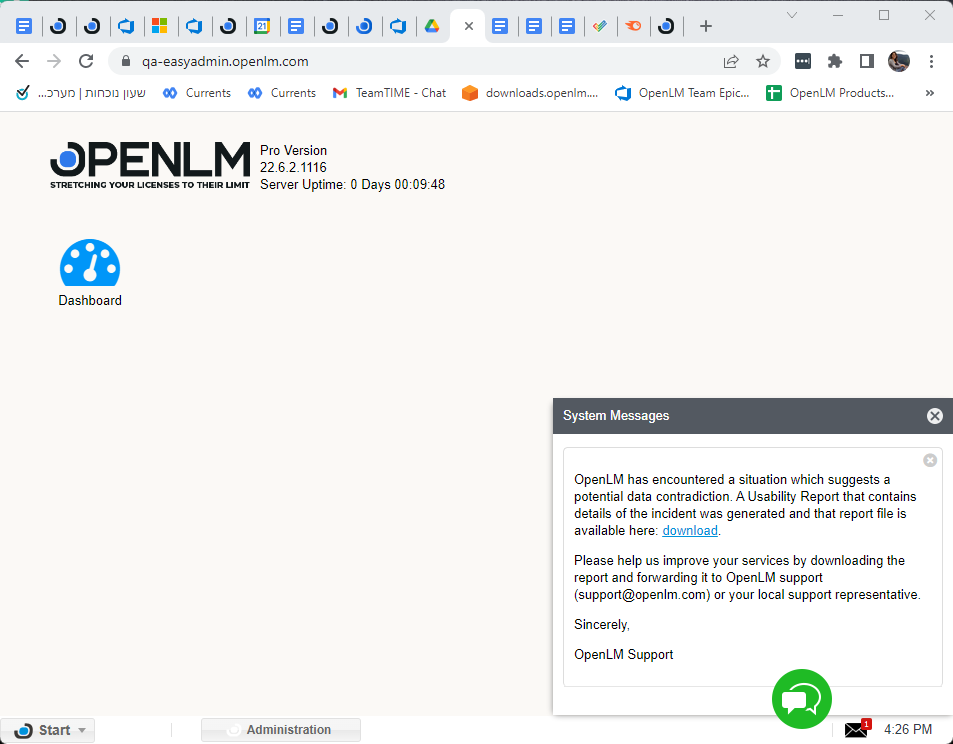 The user will be prompted to download the report, and send it by mail to the OpenLM support team, at support@openlm.com

Usability report files will be saved in the download folder as zip files, and their name will contain the day of week; e.g.: usability_report_sunday.zip.

The system notification (envelope icon) indication will persist as long as zipped usability report files exist in the download folder.

The OpenLM Server implements the following policy on the downloaded usability report files:

In case the EasyAdmin user chooses to designate a folder other than the default for downloading usability report files, they would need to ensure the OpenLM Server service possesses the appropriate access permissions to the said folder.

Administrators may be notified regarding the existence of report files to be downloaded through email. The email account for such notifications is set up through EasyAdminUser Interface via Start → Administration → Email/SMS window, as depicted below. 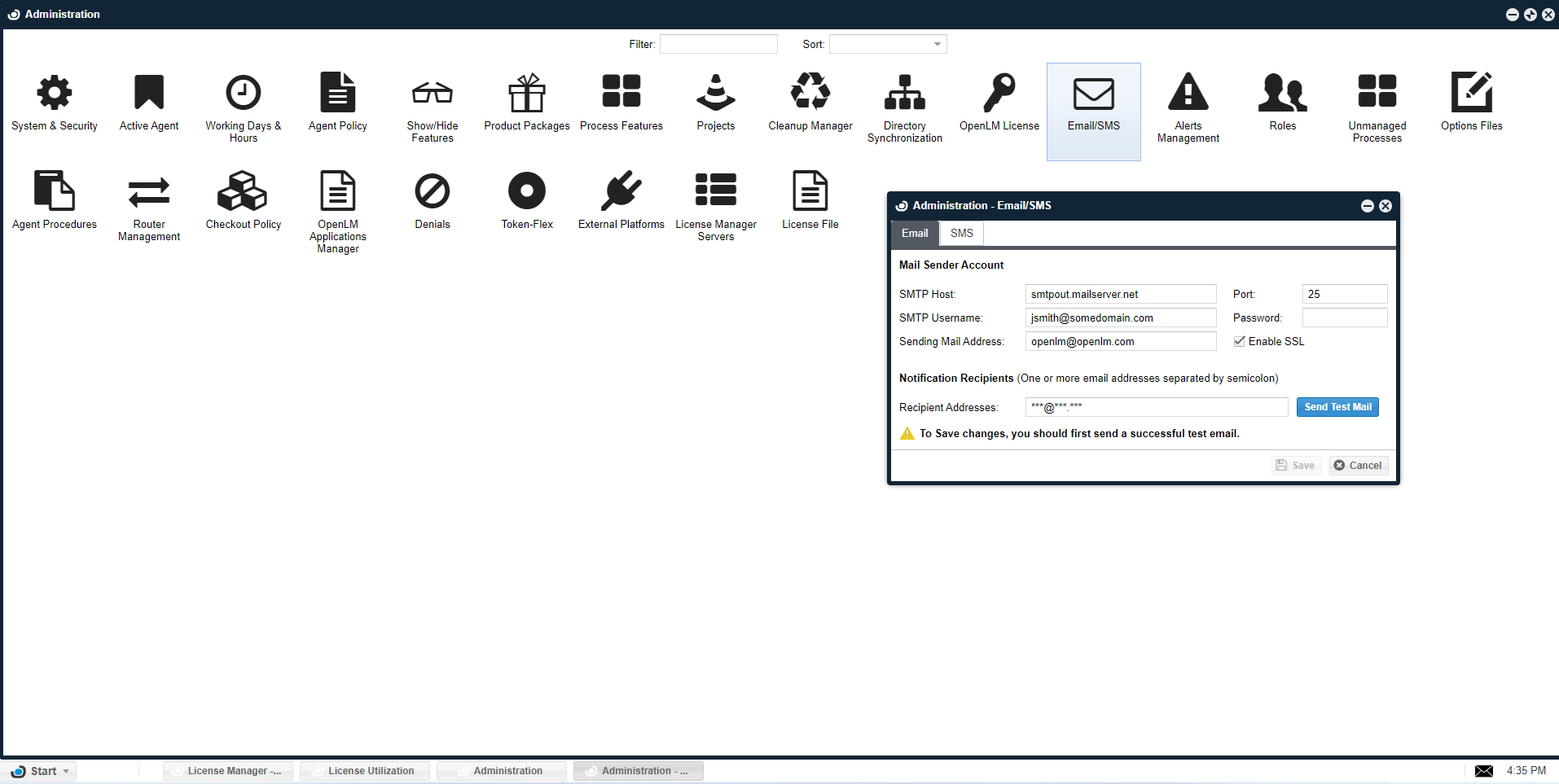