A. Get Started with OpenLM

The following article shows screenshots of the EasyAdmin interface modules and reports with some brief descriptive information about their function.

This window shows a general statistical overview of user activity and license utilization efficiency as recorded in the system.

The OpenLM Alerts module is designed to ensure the stability of the licensing system. It enables system managers to define alert conditions and consequent actions that will be taken when these conditions are met. The system can present alert messages on the EasyAdmin ‘Alerts’ window, as well as a log file. It can also be set to send alert messages to predefined email or SMS accounts. 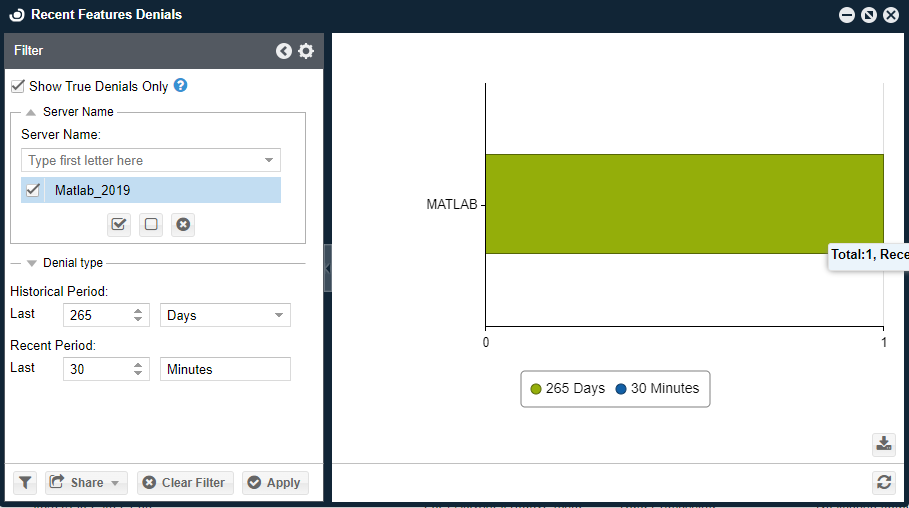 Just as the name suggest, the Currently Consumed Licenses window presents, in real time, the licenses that are being checked out from the license pool.

It is important to note that many license management tools do not provide such real time information.

In addition to this, the Currently Consumed Licenses window presents a few more interesting capabilities;

1. License managers may label licenses as occupied, when in fact they are idle and wasting your limited resources.

icon to present the active vs. idle periods within running sessions

2. The Currently Consumed Licenses window also serves as an interface for authorized system managers to retrieve a license from any user when necessary.

For more information on these important capabilities, please refer to this document.

The Released Licenses window reports license release (check-ins). This functionality is only relevant for applications with supported extensions such as ESRI Desktop ArcGIS and Autodesk or those who have set rules with OpenLM’s Application Manager extension.

Licenses not in use #

This chart indicates the license usage efficiency. Each column ‘x’ answers the question: “what is the percentage of usage time that at least x licenses have been in use?”. This form of presentation ignores momentary usage peaks, and provides a vivid representation of the true license consumption pattern. It clearly depicts the number of licenses that are actually required by the organization.

For more information about this important report window, please refer to this document.

This window lists all the available license information resident in the OpenLM database.

Audit Report is a pdf document which contains the OpenLM deployment status in the environment. These details include a list of all the vendor daemons, license services, components of OpenLM installed, number of unique users monitored by OpenLM system in the past 3 months. Customer can choose to share the feature/product name mapping list in the audit report.

Audit Report is required during maintenance renewal for compiling a new license file. 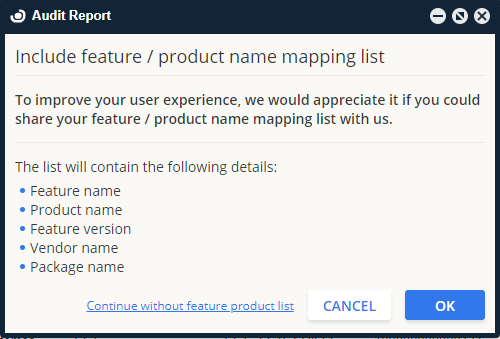 Just as the name suggest,

Just as the name suggest,

OpenLM enables organizations to manage users according to groups and projects, and obtain the total usage time for these groups very easily.

The smart filter enables users to build a customized list of licenses and get the total usage on those licenses.

This report is available in 3 different formats, according to the tabs in the display pane: as a table, chart or as a heatmap diagram, as depicted below.

Some of the “License usage” window filter functionality is unique:

The License Activity window presents an account of all application sessions that have consumed a monitored license.

By default, this window presents only ended sessions (i.e. those that have a start and end time), but it can also be configured to present currently active sessions.

The “Group by” tab on this window facilitates license statistics report generation according to Server, Vendor, Workstations, Features, Users, Groups, and Projects.

The License Allocation screen allows to find out licenses which are allocated to whom. Also, it gives the possibility to check the usage statistics.
Filters: Use filters to select necessary allocation options and users to get the precise report. Select the filter parameters and click “Apply” to proceed to the result.

Table: The report results are displayed in the table view.

The Named License Analysis (NNU) report provides an overview of the license allocation and consumption of your FLEXlm named licenses.

This report has a number of benefits for administrators as it allows to determine the real usage of an organization’s named licenses, which can help with license planning and reducing costs. After running the report and analyzing the results, the administrator can decide whether to assign more users to NNU licenses, reduce the load of floating licenses or purchase additional licenses.

For more information on this report, consult the specific knowledge base item.

This is a presentation of historic license denial occurrences. It is available only for license servers that implement license denials, e.g. FlexLM, DSLS, IBM-LUM and others. Requires the employment of an OpenLM Broker on the license server machine. Please consult this document for more information. A few points to note regarding the Denials report window:

Token Flex is a cloud-based, pay-as-you-go licensing model from Autodesk where the customer buys a number of tokens (referred to as a “token pool”) and pays with these tokens each time a user runs a product belonging to a certain product family within a specified amount of time (usually counted as 24-hour intervals).

This window presents 3 reports on TekenFlex:

This report shows the total number of tokens that were consumed for a certain product family along with the total consumption time. Two types of views are available: table and chart. Please keep in mind that due to the way vendors calculate token consumption, the reports are displayed with a 48 hour delay. In addition to this, the Token Usage report can group the data by User, allowing you to see how many tokens a certain user has consumed. 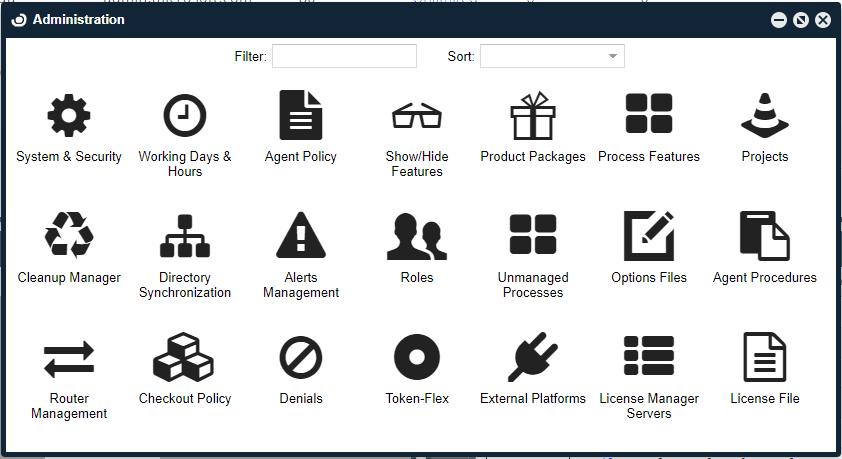 The configured preferences in the “User” window effect the format of information as it is presented to the User. 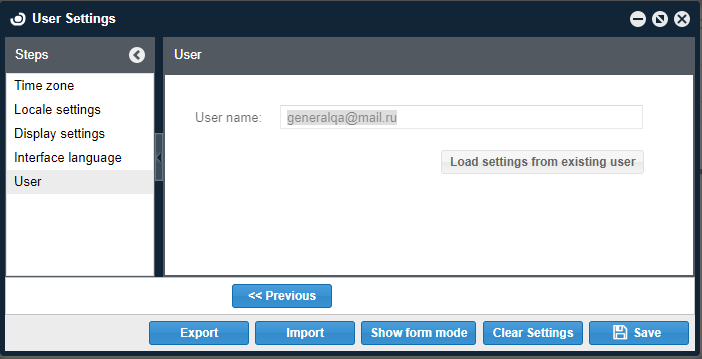