Token licenses are a form of floating license, only that instead of having a pool of licenses they have a pool of tokens. When a feature is checked-out, a certain amount of tokens is consumed. The number of consumed tokens is specific to each feature, and is apparent in the feature/Increment line in the license file.

Changes made in TLSTOK reporting 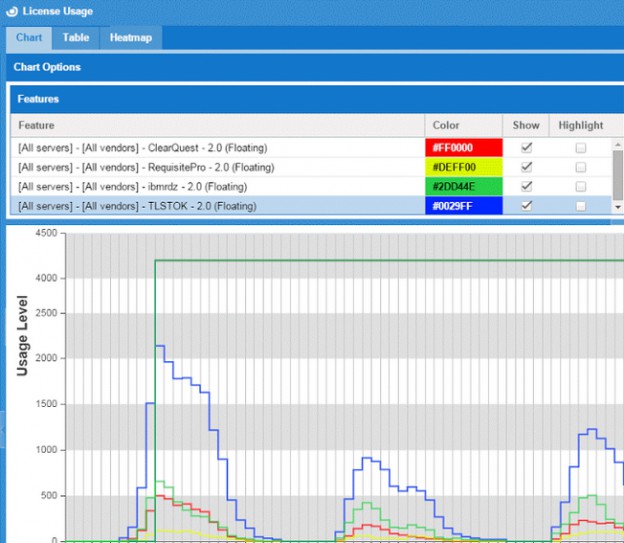 Download and explore the full unlimited version of OpenLM for 30 days. During this time you will enjoy full support with no strings attached.