License servers are obviously a critical node in every organization’s network. Communication between the end user clients and the license server is critical for ordinary licensed software functionality. For that reason, license management systems often implement a multiple server redundancy scheme. Such schemes maintain the license-request-and-grant protocol between the license user and dispatcher in case of communication failure.

Examples for such redundancy schemes are the license server ‘Triad’ in FlexLM, the IBM LUM ‘HAL’  and the DSLS ‘Cluster’. Each of these solutions is implemented slightly differently and presents specific benefits and disadvantages. For example: The FlexLM triad server redundancy scheme requires exactly three license servers to be connected online. Many administrators find the need to dedicate a third license server to this task an overkill. Moreover, if the first two servers fail to support the licensing activity, the entire system reaches a grinding halt; the third server never sees any action.

OpenLM customers have presented the need for a simple and intuitive method for implementing a fail safe constellation of servers. The chance for that came with the introduction of the OpenLM Router. The OpenLM Router module is peripheral to the OpenLM system. It provides the following benefits to license administrators:

See a conceptual diagram of the OpenLM Router’s functionality below:

How is it done?

Download and install the OpenLM Server and OpenLM Router. Follow the configuration instructions in this document. Specifically relate to the “Multiple Server Redundancy” section to configure the list of license servers that partake in the multiple server scheme. See the example configuration below: 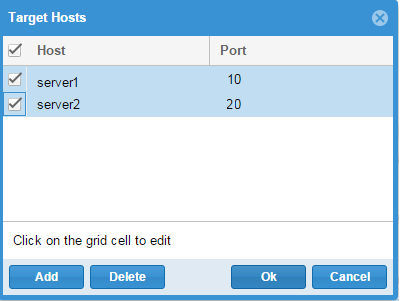