What is new in version 3.0 of OpenLM 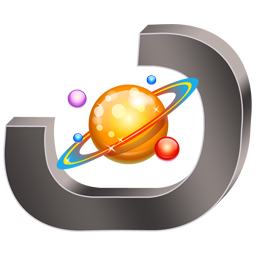 As part of OpenLM commitment for constant development and innovation to advance its clients abilities to monitor and manage licenses, We release the OpenLM 3.0 milestone version.

The new version adds adding exciting new features and capabilities,as well as fixes some issues previously reported by our customers. The following document is an overview of the highlights of this version.

Following is an elaborated description of the fixes and enhancements included in the new OpenLM Version 3.0:

Query According to License Type

OpenLM can query information according to license type. Supported License types are:

Query According to License Asset Info

OpenLM fully supports monitoring of combined Floating, Network Named Licenses (NNU) and Host based licenses. Monitoring license usage for such combinations is exceptionally difficult, since standard FLEXlm reports do not include information regarding the consumed license type. OpenLM has developed a unique method to bypass this obstacle and provide usage information per license pool.

A fully automated OpenLM Database upgrade mechanism has been added. Until now this functionality was only available for the Firebird embedded database. This capability greatly simplifies and streamlines the upgrade process of the OpenLM Server on external databases (MS-SQL, Oracle and MySQL).

The OpenLM options file editing form has been enhanced to supports additional keywords. Feature names can be adjoint an optional keyword-value pair to fully qualify it. This notation is used for distinguishing a particular group of licenses when there are multiple FEATURE lines for a single feature.

The following syntax is used: feature:keyword=value

For example: f1:VERSION=2.0 specifies the version 2.0 pool of licenses for feature f1.

The following Options file keywords are used as feature name modifiers to denote a specific group of licenses: VERSION, HOSTID, EXPDATE, KEY, SIGN, ISSUER, NOTICE,  VENDOR_STRING (if configured by the publisher as a pooling component), dist_info, user_info and asset_info.

This enhancement enables advanced operations, such as:

OpenLM has added support to the following license manager types:

We have enhanced the look and the feel of the OpenLM EasyAdmin web interface. It is now clearer and faster.

You can now change the location of EasyAdmin windows’ filters. Right click on the ‘Utilities’ icon, and select the prefered location from the drop-down list.

Sort and Filter functionality has been added in the Administration form in order to enable quicker function search;

Based on feedback we have received from our trusted users, we have added a dashboard with a set of useful indicators. The desktop is accessible from the EasyAdmin ‘Start’ menu:

The featured indicators in the dashboard are:

Each indicator can be individually refreshed or minimized, and is individually customizable; Its time range and number of items can be set separately:

The new functionality supports almost any filter in the system and allows different implementations such as periodic email report or a webpage with constant reports.

Temporary or Permanent, highlighting is done in two ways:

By default, the License Usage window reports combined historical and concurrent usage. In version 3.0 we have added the possibility to exclude the current license usage in the License Usage display; Only sessions that had already ended will be transferred to this display. This option is accessible as part of the Filter selection.

The Heatmap report is now integrated in the License Usage report as an additional tab. This enables users to easily switch between the two displays without the need to configure a filter for the second view.

The Heatmap chart was also enhanced to include

On previous OpenLM versions, setting the OpenLM Server’s logging level to ALL for debugging purposes required logging into the OpenLM Server machine and restarting the OpenLM Server service. This action has now been integrated into the EasyAdmin ‘Administration’ form. Moreover, logging can now be set for a limited period in order to avoid excessive use of the machine’s resources. When the predefined period has elapsed, logging will resume the ‘ERROR’ level.

Changing the timezone on the EasyAdmin interface will now change the whole EasyAdmin time display to the selected time zone. In previous versions this was set automatically according to the user timezone as set on his machine.

Changing the time zone is beneficial for system administrators whose licensing systems span over multiple time zones. License managers can now set the EasyAdmin time zone to match that of the license consumption site and view usage reports accordingly.

Close All But This

In order to avoid clutter, EasyAdmin 3.0 now incorporates the capability to close all report windows, apart from the window of interest. In order to do so, right click the required window’s icon on the bottom taskbar, and select “Close All But This”

Users may change EasyAdmin report windows’ layouts during work. This layout would include parameters such as: shown and hidden fields, fields’ order, windows’ sizes and locations, etc.

In order to resume the default layout for individual windows, an additional field has been added in the windows’ properties selection: This is the “Reset Layout” selection.

EasyAdmin enables users to assign multiple values filter parameters. In version 3.0 the capability to edit the content of these parameters was added. It is now possible to add or remove single values, as well as to clear the entire content.

In OpenLM 3.0 a change has been introduced in OpenLM APIs, following a fundamental change in OpenLM’s relation to message dates. Developers should consult OpenLM support regarding the required changes.