One does not normally associate engineering software with the media and entertainment industry; images of airplanes, buildings, oil rigs and automobiles are far more likely to spring to mind. In fact, scientists and engineers owe a huge debt to the gaming and movie industries for pioneering software that answers one of the major challenges of Industry 4.0; the merging of the virtual and physical worlds. Architects, automobile manufacturers and biotechnology engineers all use rendering software to breathe life into their concepts and designs, in the same way that FX specialists bring characters to life on screen. The outputs may be very different, but they can be created using the same toolsets.

Computer gaming has also had a dramatic impact on the engineering and scientific worlds, because the graphics cards originally designed to support computer and video games have now become indispensable for their parallel processing power. Nvidia and AMD GPUs (graphic processing units) are essential when performing simulations, cutting processing time that previously took days and weeks.

Software vendors were quick to realise the potential of programs like Arnold, Maya and 3DS Max, all of which were acquired by Autodesk, who wanted to corner the market in rendering software for the entertainment and media industries. Movies such as the Avengers, Men in Black 3 and Gravity all used SolidAngle’s Arnold to create the effects we saw in those shows. 3DS Max is also very popular with architects and engineers; companies such as Arup have seen the possibilities of merging art and science. Autodesk has ensured that most of their rendering products interface with their engineering tools, notably Revit.

Other vendors have also recognised the intersection between science and art. PTC acquired the augmented reality company Vuforia, and Volvo made good use of the product to optimize its supply chain of trucks, which offer thousands of customizable options to prospective customers. Dassault’s 3D modelling has been used in movie making by directors like Luc Besson in the “5th Element”. When we admire the grace and dazzling spectacle of Cirque du Soleil, it is startling to discover that the various props used in the acts have been crafted using SOLIDWORKS, from the Dassault stable. The designer is Eric Spendlove, who started as a stagehand and has progressed to the stage where he runs his own company and has an expertise in the software that many engineers would envy. While Eric taught himself to design with tools like AutoCAD and Solidworks, there are many opportunities for engineers in entertainment.

While technologies and techniques such as 3D modelling and augmented reality have been adopted fairly recently in the engineering industry, the entertainment industry has always had a place for engineers in its ranks, long before design software was available. Walt Disney pioneered his company of “imagineers” nearly 70 years ago, to ideate and create the built environment for Disneyland. Theme parks are a fertile ground for engineers; attractions such as roller-coasters require some ingenious structural engineering, coupled with robust safety in design. Wave and surf parks require intensive understanding of how waves work naturally in order to create artificial surf that keeps surfers happy riding continuous waves and have given rise to specialist companies, such as Spain’s Wavegarden, who are experts in computation fluid dynamics (CFD) and design and build wave parks around the world. Engineers who have specialized in marine and ocean engineering are not limited to careers in shipbuilding and oil and gas, they can apply their knowledge to creating the perfect wave, and even the perfect surfboard, which also benefits from CFD simulation.

There are many other engineering opportunities provided in the world of entertainment, from design and construction of casinos, racetracks, sports stadia and golf courses, to building better sports and gambling equipment. . Academia has recognised this, and although the selection is small at present, there are universities that offer degrees in entertainment engineering. Unsurprisingly, the University of Nevada, in Las Vegas is one of these, but the University of Derby in the UK also offers a similar degree.

However, there is nothing to match the movies when it comes to job creation for engineering and designers of all types. Just watch the credits roll at the end of any Star Wars Episode; pages and pages of people who worked in the CGI, animatronics, sound effects and other special effects are listed. No self-respecting rock concert or could be put together without a squad of engineers. While this work may seem trivial to someone designing the built environment, maybe those alternate realities we see on the screen can accelerate development in the real world. In 2002, Steven Spielberg called together a panel of futurists and experts to workshop what technology would be freely available in 2054, for the movie “Minority Report”, based on Philip K. Dick’s novella. Many of those predictions have already happened, and some, like additive manufacturing/3D printing are commonplace.

There will always be a job for aerospace, mechanical and health and safety engineers, it might just not be in the industry you expected.

What Role does OpenLM Play?

When you consider the extraordinary budgets involved in entertainment projects, from the virtual world of the movie to the physical world of a theme park, it is not surprising to find that organizations in this field keep a close watch on their engineering licenses. Those hundreds of people mentioned in the movie credits are using 3D software from Autodesk or Dassault. Ansys and MSC Software are only two of the software companies offering CFD simulation software, essential for those wave parks. OpenLM monitors all those applications, and is happy to have partnered with companies in the entertainment and gaming spheres, minimising the effort required to manage their Avid, Maya or Arnold licenses while maximizing productivity. We also monitor Nvidia GPUs in response to a request from a research organization, which is a boon to all our customers performing simulations across all industries. If you are a player in the entertainment industry or engaged in any form of engineering or scientific endeavor, why don’t you download a trial version of our software and see how it can fit seamlessly into you organization and save you substantial costs?

General The Autodesk network installation has several methods to determine the Autodesk License Manager. These are the ADSKFLEX_LICENSE_FILE environment variable… 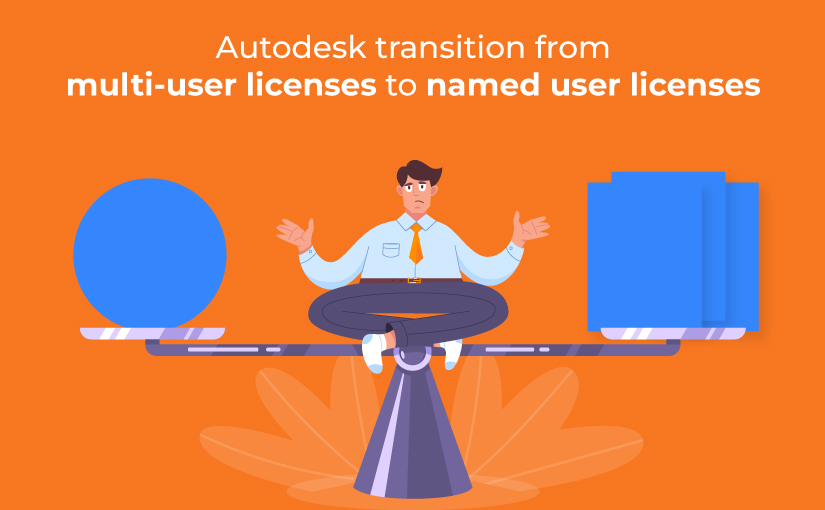 Many companies worldwide still use multi-user licenses for Autodesk applications. However, Autodesk has made a commitment to change its licensing…

After a wonderful and educational ESRI European Petroleum GIS Conference in London (November 6-7), it was time to say goodbye… 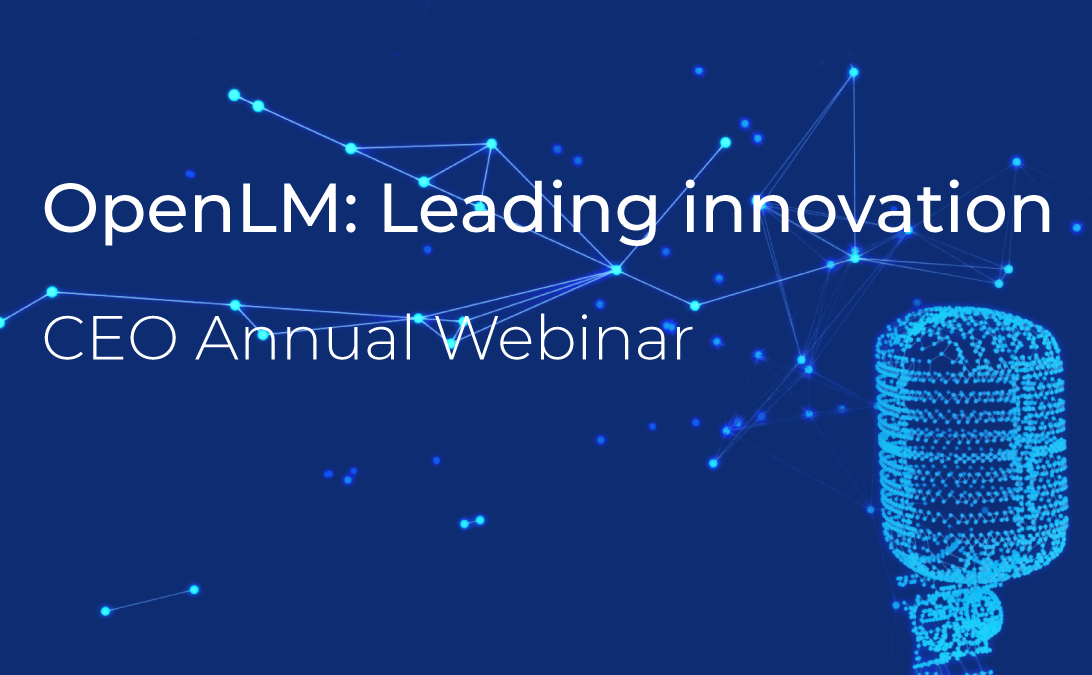 Dear friends, In today’s world, every organization must adapt, transform, and innovate. So how do you drive the type of… 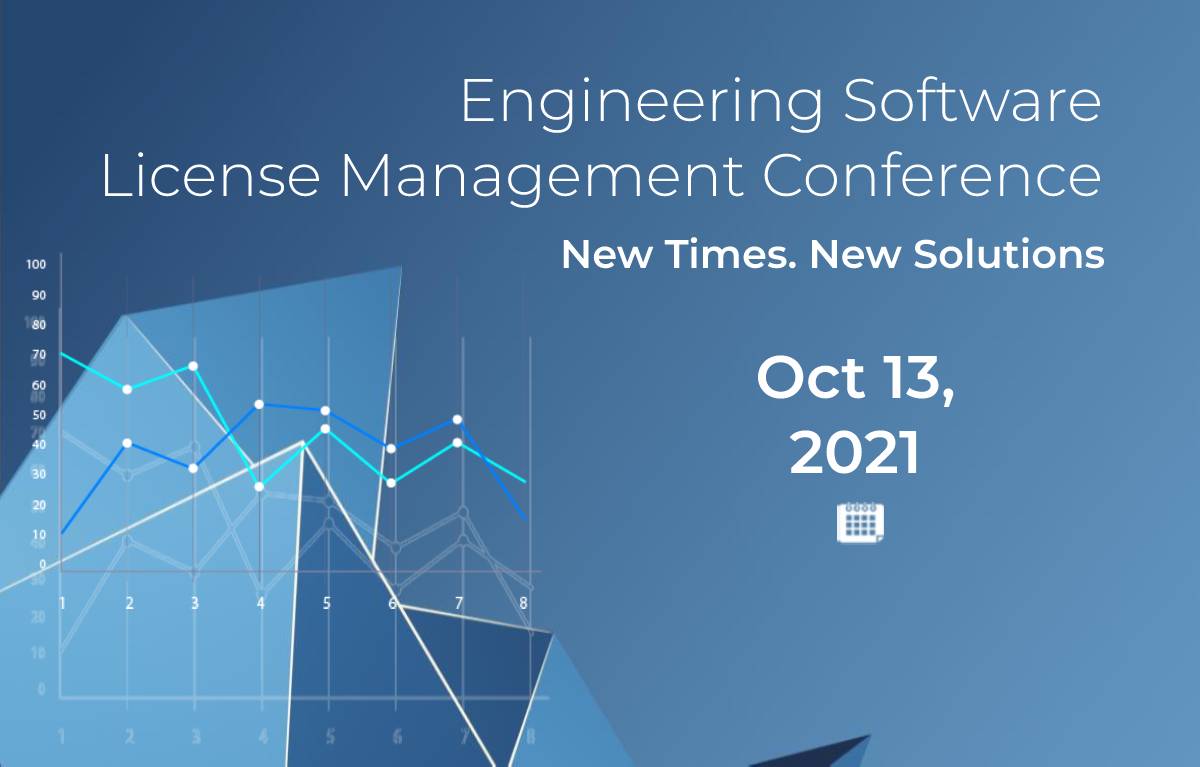 Have you wondered how the COVID-19 pandemic changed the engineering license management in the past year? Or how the pandemic…